Until well into the 19th century, Tongeren had about a dozen breweries producing regional beers, and even now, the people of Tongeren are still fans of this sweet amber. You can taste it in one of the appealing beer bars in the city centre. Or enjoy one at home after buying your favourites in Tonger

Beer has been on the menu of Tongeren locals for many centuries. In the Middle Ages, we drank an average of one litre of beer a day, like our contemporaries in other cities. Were all Flemings renowned for being avid beer drinkers? Well, medieval people drank beer due to the lack of clean drinking water or other alternatives. An additional advantage: the grain provided people with a lot of good nutrients. The alcohol content was also a lot lower than that of the average beer nowadays.

Cheers, or as they say in Tongeren sôté!

The Slaghmuylder family brewery was founded in 1860. Ambiorix beer was created in 1985, and is a brown beer with very subtle, well-balanced notes of fruit, spices and caramel. This blond beer with top fermentation and second fermentation in the bottle is characterised by a slightly bitter aftertaste.

Two thousand years ago, the Celts already used watercress to add a touch of bitterness to their brews. A tradition that is honoured with La Cress, a full-flavoured, blond, top-fermented special beer with a second fermentation in the bottle. The watercress seeds give La Cress a mild mustard flavour. Watercress is a native water plant with various health properties. The family business Sint-Lucie from the Tongeren village of Lauw has been growing the plant with great passion for several generations.

Ambiorocks is a contemporary creation by Jeroen Somers, Loralien Van Treecke and Dimitri Duchateau from the Amburix Craft Brewery in Overrepen, Tongeren. This amber-coloured beer with top fermentation and second fermentation in the bottle is refreshing, with a touch of bitterness. Talk about a bold thirst-quencher!

The Beguines brewed their own beer to meet their needs for ‘everyday beer’. At Sint-Ursulastraat 7 in the Tongeren Beguinage, you will still find the Brouwhuis, which dates back to 1644. Brouwerstraat across the street is another reminder of this tradition. Visit Tongeren honours the work of the religious women of yesteryear with Het Dagelyckx beer, an organic tripel of Limburg origin that you can buy in the Beguinage museum Beghina and in the Tongeren Tourist Office’s Streekproductenshop.

Every year around November, zythologist Karel Tack and his colleagues from Brouwerij At Tack focus on creating a new version of the green-hoppy AmBassadeur, which they themselves describe as liquid gold. In short: a good ambassador for Tongeren's beer culture.

Zythologist Karel Tack and the At Tack Brewery are brewing up a new beer?–?‘3700’ or ‘Draidoezdzévëhondërd’?–?in Tongeren using typical Belgian ‘Groene bellen’ hops.

The SESSION beer style came into being during the First World War. SESSION beer was brewed with a low alcohol content specifically for the workers in the munitions factories so that they could drink a thirst-quenching beer during their short break.
Cheers!

Since 2011, Boris, Niels and Sven from Polygoon have devoted themselves to hops, malt and yeast. On their website, they share in detail how their brews come about, but you can of course also just taste them. Anna is a light hoppy beer that combines different types of hop, Fleur is a stronger beer with lots of wheat, jasmine and lemongrass. Prefer a dark beer? Kamiel is a strong, dark beer with caramel malts, cinnamon and coriander.

At the Visit Tongeren Office’s shop selling regional products, we also sell brews from outside Tongeren, such as Hesbania from Genoelselderen (Riemst) and the range produced by the Wilderen Brewery and Distillery (Sint-Truiden). 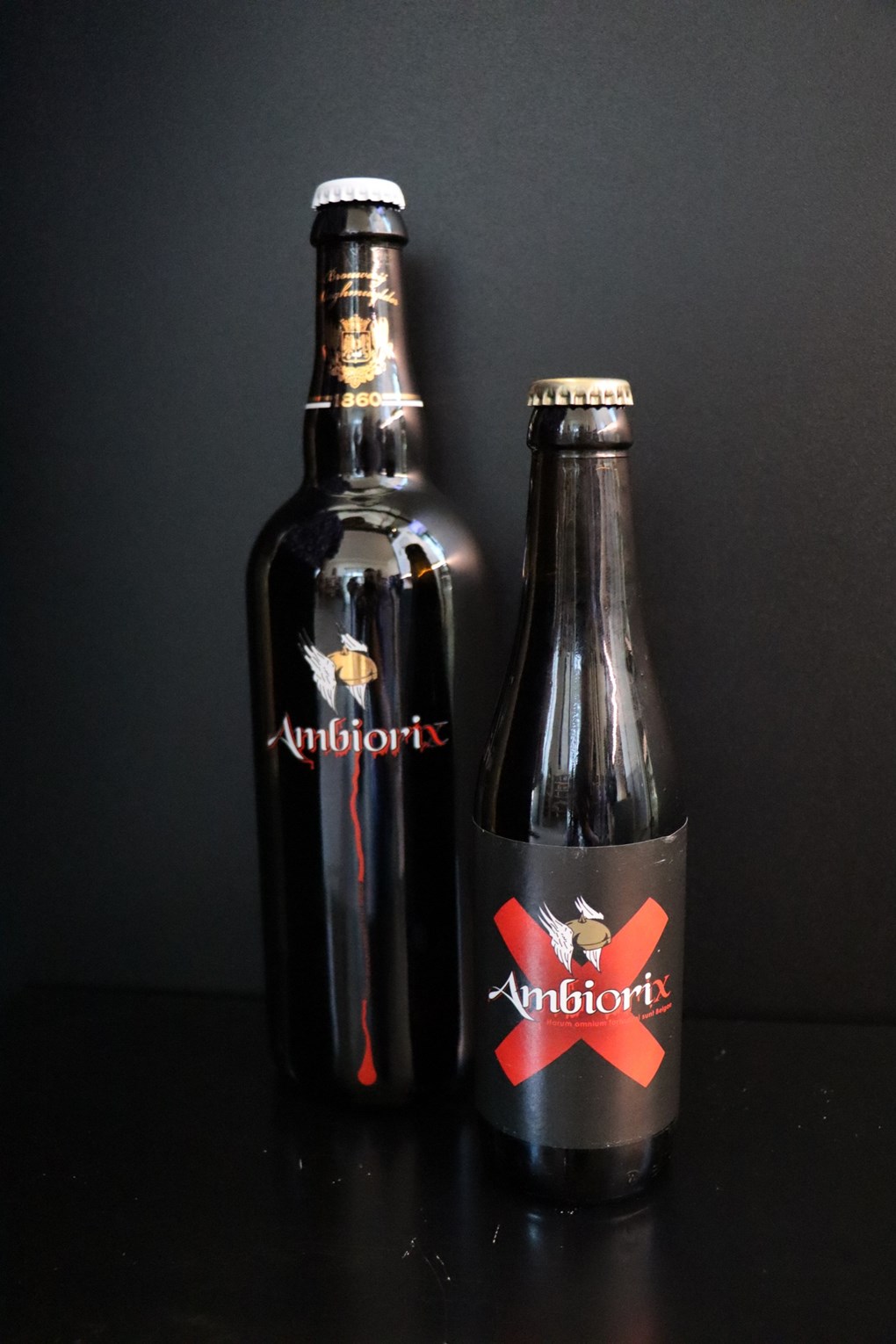