The people of Tongeren have a really sweet tooth. They love to eat flan, biscuits and chocolate, as well as fruity delicacies such as jam and syrup. Discover them all at Tongeren Tourist Office’s Streekproductenshop.

Growers in Tongeren harvest apples, pears, strawberries, cherries, raspberries, blackcurrants, blackberries, grapes and more. This results in beautiful landscapes with blossoms in spring and ripening fruit in summer and autumn.

Fruit growing is nothing new in Haspengouw. The Romans introduced fruit trees and cultivated various varieties. In the Middle Ages, orchards faded into the background for a long time, but in the 18th and especially 19th century, the importance of fruit cultivation grew once more. The arrival of a now defunct railway line - the so-called 'fruit track' - brought new opportunities for exports both at home and abroad. Haspengouw became the second largest fruit region of Europe and still is.

Fruit farmers processed surplus fruit into cider and syrup. It was mainly intended for their own use and small-scale sales. Initially, the buckets of syrup were transported by horse and cart. Those who did not have a horse would put their dog in front of the cart.

However, the Bleus family factory endured. Walter Bleus stirred the syrup kettles for the first time in 1843. To this day, the craft has been passed on from father to son. In their new syrup factory in Wellen, the family currently distils three ancient classics: apple syrup (60% apples and 40% pears), pear syrup (40% apples and 60% pears) and mixed syrup (60% apples, 20% pears and 20% sugar beet). The sugar beet is a small variety, specially cultivated for producing syrup.

The Ruttermolen is a B&B surrounded by nature, located in a water mill on the river Jeker. The building dates back to 1360. The owners produce many artisanal specialities such as beer, advocaat, limoncello, marzipan, ice cream, hazelnut paste and a wide range of homemade jams without preservatives. The product range includes some surprising combinations such as raspberry-orange, plum-ginger, quince-speculaas and strawberry-balsamic.

Honey is a healthy sweetener that boosts the immune system, relieves sore throats and colds. It also promotes digestion and the metabolism. At Imkerij De Kevie, you can buy honey and other bee products, from health boosters such as propolis and royal jelly to natural cosmetics. The honey from De Kevie can also be found in Tongeren Tourist Office’s Streekproductenshop. 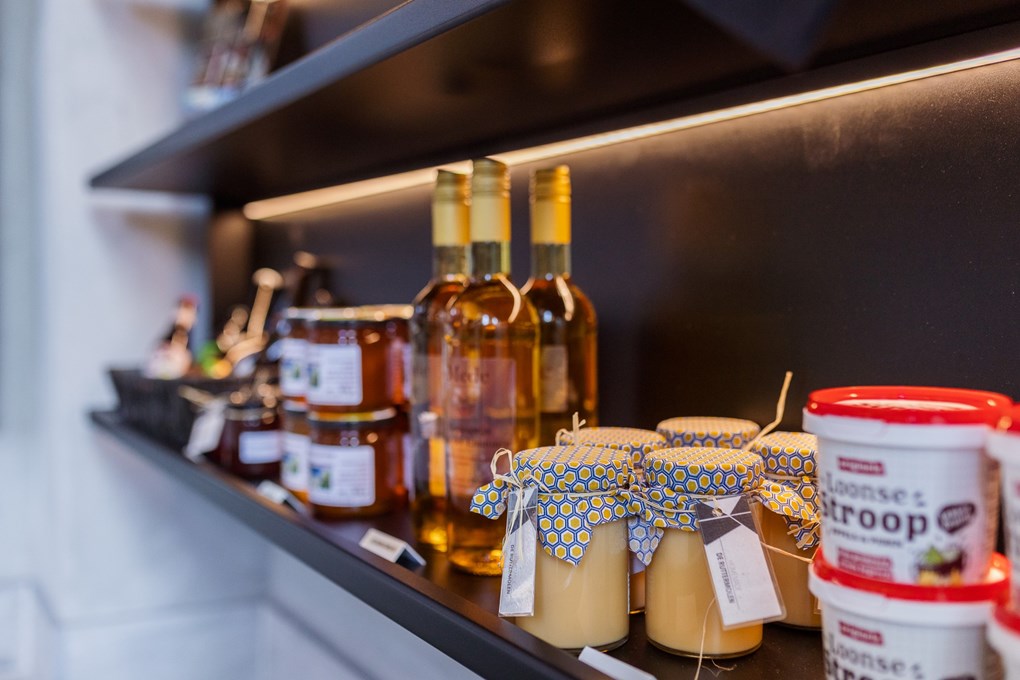